A girl with a mask. Painting by Armenian artist Martiros Manoukian

Armenian artist Martiros Manoukian
“I was born an artist. God gives each of us something at birth. A person doesn’t become an artist – he is simply born an artist, and I’ve always believed in myself”. Martiros Manoukian
Born on August 5, 1947 in then the Soviet Union, he began painting at an early age. Accordingly, after secondary school he entered the Yerevan Academy of Art (1967). In addition, Martiros also studied fine art in Moscow and Leningrad academies.
First of all, Martiros represents the rich culture of Armenia, Russia and the USSR. By the way, in the USSR, he flourished not only as a painter, but also as a designer. However, since 1987 the artist lives in Los Angeles, the United States. According to the artist, his teachers were great masters and great history of art. “They hit with the technique, and stunned by their ability to solve problems, I admire how they express feelings, that is the basis for great art. I have many favorite artists, and I see them all as a great bouquet, in which the absence of even a single flower would be a great loss. I would like to have the light of Girodet, line of Ingre, courage of Picasso and colors of Chagall. In fact, I do not know what I feel when I paint, I just paint my mood, feeling that is impossible to catch with the eye.”

Noteworthy, Martiros uses a mixed technique, having a wide range of exotic materials, each of which contains its own secret. And today, more than four thousand of his original works are in various parts of the world: from the United States to Japan. They decorate private collections of well-known artists, art lovers, movie stars, and exhibited in many famous galleries.

Being a successful painter, Martiros remains open, accessible and magnetically attractive to people of all nationalities and cultures. Martiros Manoukian today is different from yesterday’s and will not be the same tomorrow. He is in constant development, a magical kaleidoscope of creativity. 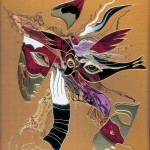 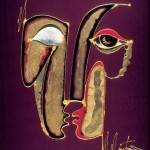 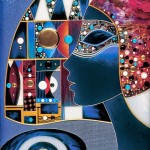 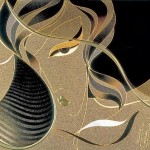 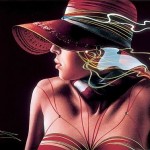 A young woman in a hat 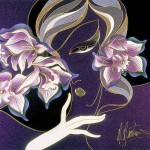 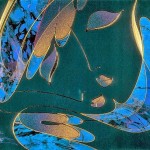 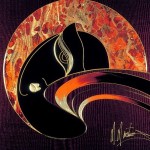 Night. Stylized portrait of a woman

Lions on a bicycle 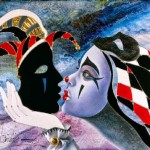 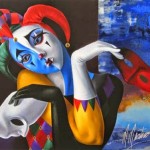 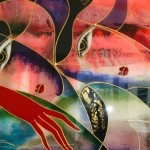 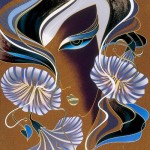 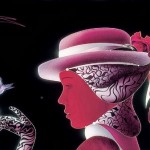 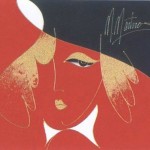 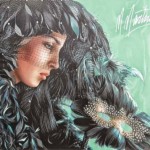 Gorgeous woman in Leaves and feathers 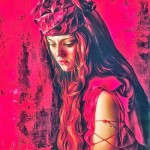 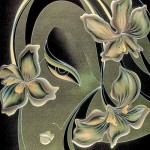 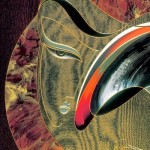 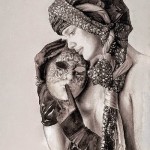 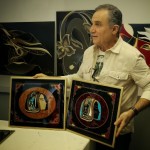