Li Hongbo Silhouettes Cut from Knives
Chinese artist from Beijing has made an incredible series of knives with elaborately carved figures out of the blades. Openwork pattern is if grows of metal: frozen for an instant family of deer, flying eagle, and a shooter, hiding behind a tree. In short, the skilful hand of the master turns ordinary kitchen knives into works of art. Meanwhile, a special attraction is due to the contrast between the heavy metal blades and almost weightless figures created out of their bases.
Born in 1974 in Jilin province, China, Li Hongbo graduated from Fine Arts Department of Jilin Normal University (1996). Besides, in 2002 he completed a course of Folk Art Department of Central Academy of Fine Arts in Beijing, China. Li Hongbo is a member of Experimental Art Committee of Chinese Artists Association. In fact, a knife with a rectangular blade is commonly used in Asian countries to cut. According to the artist, he chose it as the basis to create his unusual paintings, for two reasons. First, the knife acts as a symbol of family ties when relatives and friends gather for a meal together. Secondly, as a reminder of omnivorous Chinese. According to the description “Shadow Knives are warning the public: in the end, humanity will destroy itself because of its gluttony and cruelty to animals.” 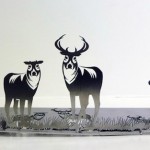 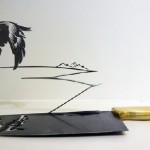 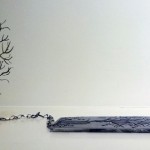 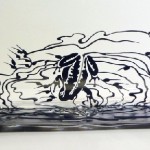 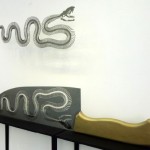 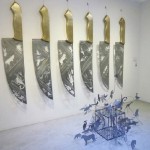 The exhibition ‘Shadow of Knives’ by Li Hongbo in Hong Kong 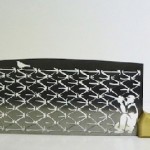 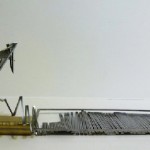 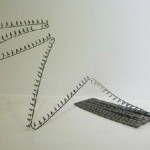 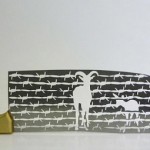