A girl in a flower wreath. Russian painter Nikolai Fedyaev

Born May 4, 1967 in the city of Lyskovo of Nizhny Novgorod region Russian painter Nikolai Fedyaev spent his childhood in the ancient village of Isady on the picturesque banks of the Volga. Vivid memories of childhood about Russian nature, and, in particular, a magnificent view of the Macarius Monastery, reflected in his first drawings. Meanwhile, in the 1970s the family moved to the city of Izmail, Odessa region. There in 1984 Nikolai graduated from the children’s art school and wanted to devote himself to art. But a year later, he was drafted into the army – the Black Sea Fleet. First it was the navy, then a civilian, he wanted to see distant lands, and get a romantic adventure. It seemed not for long, but as many as two decades the profession of a sailor, which he shared with creativity, has become a significant part of his life. A girl dressed as a harlequin

Although 1995 was the beginning of a major exhibition activities, but before that he exhibited his art works in collective exhibitions of the city, where his work has aroused great interest. His major solo exhibition was a great success, recognized by the court of professional artists. In 2000, his name was included in the encyclopedia “The Artist of the World” (Munich, Leipzig). In 2005 he graduated from Izmail State Humanitarian University with a degree in fine arts and pedagogy. In 2008 he became a member of the National Union of Artists of Ukraine. 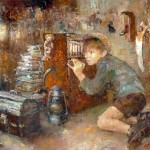 At the old attic 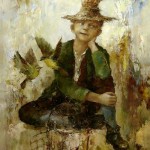 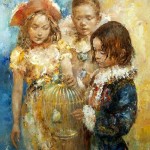 Bird in a cage 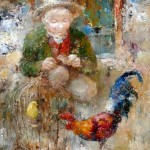 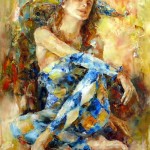 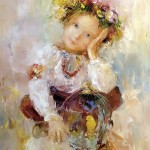 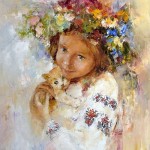 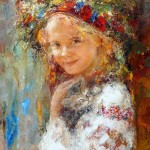 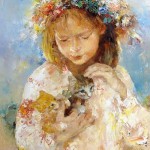 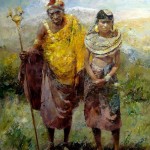 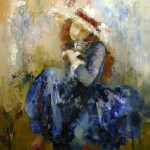 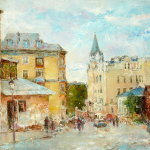 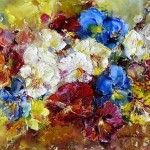 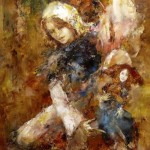 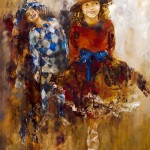 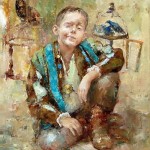 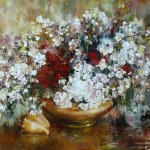 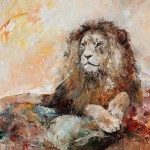 The king of animals 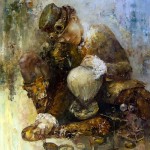 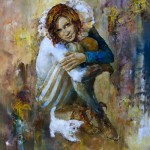