Spirit voices painter Augustin Lesage
The story of French painter Augustin Lesage is the story of the occultist, spirit-medium, and artist. Of course, the artist in the first place, he is a classic in his field of art, which in itself is an unconventional and often plunges into a culture shock. Try to imagine the French mining town of the early twentieth century, to be exact – in 1911, when a hereditary miner, at least in the 3rd generation, suddenly hears a voice predicting his art future. The voice predicted him a change of occupations. The man who heard the voice of a new path – was Augustin Lesage (August 9, 1876 – February 21, 1954). A few months later Augustin Lesage (August 9, 1876 – February 21, 1954) took part in seances, during which the prediction was repeated. Lesage could no longer resist the voice, the spirit, which motivated his inner desire to start painting.

Soon, he decided to create a huge canvas (9 x 2 m), to which he devoted all his spare time during the year. He paints with a method of automatic drawing, and believes that his hand is directed by the spirit of his little sister Mary, who died at the age of 3.

He says that his work is dictated by the voices of Leonardo of Vinci, Marius de Thun, so his paintings were originally signed, and only then agreed to sign his name. “My guides told me: Do not try to find out how you paint”.

From 1914 to 1916 he is not engaged in painting, and then again begins to draw. Since 1923 Augustin Lesage no longer works as a miner and entirely devoted himself to art. From now on, he appears in the spiritualist society, and draws his mystical paintings in the public. The public is fascinated by the phenomenal artist and in 1927 he was invited to the Paris Institute of metempsychosis, where he shows paintings created in the state of the medium under the influence of mystical forces.

His meeting with the Egyptologist Alexander Moret generates in him a passion for ancient Egypt, and he decided that he is the reincarnation of an Egyptian artist, who lived in the time of the pharaohs. In ancient Egyptian paintings by Augustin Lesage appear Tibetan motifs, as well as Zoroastrian, Hindu and Christian symbols.

“Before starting work on the painting, I have no idea what will be drawn. The spirits say to me: “Do not try to find out what you will create.” And I follow their instructions. When I take a tube of paint, I do not know what color it is. I understand that it’s unbelievable, but obediently follow my mentors”.

Recognized in an artistic environment, Lesage sell his paintings. At his death, he left about eight hundred of them. Today, most of his works are held by the Lille Metropole Museum of Modern, Contemporary and Outsider Art in France. 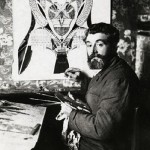 Working in his studio Augustin Lesage 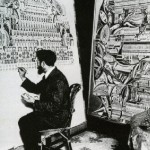 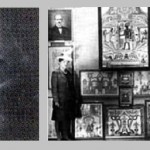 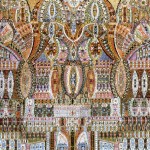 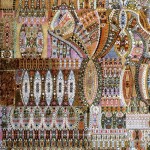 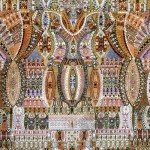 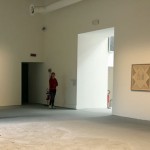 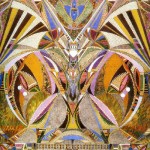 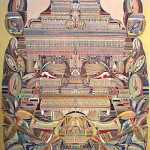 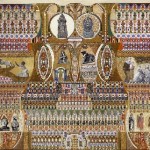 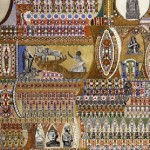 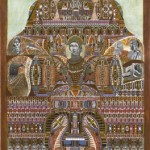 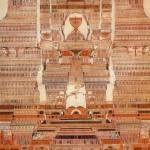 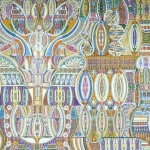 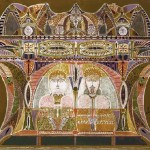 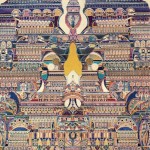 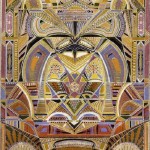 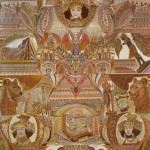 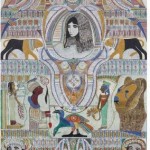 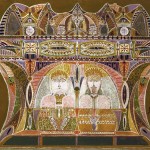 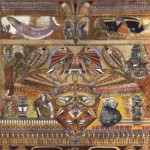 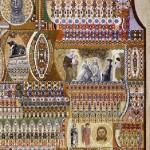