Andrey Mandjos standing next to his creation. Mandjos Mosaic art

Mandjos Mosaic art
Noteworthy, enamel mosaic by Andrey Mandjos is an entirely new direction in the world of fine art, not knowing any analogue in the history of mosaics. And in the history of enamel, made of classic jewelry materials – non-ferrous metals and hot enamel. In fact, this mosaic revolution occurred in the beginning of the XXI century. The most elite and expensive type of jewelry art – the art of enamel used in the creation of outstanding awards, salary icons of various objects and ornaments, including the famous Faberge Easter eggs.
Such artistic breakthrough in the history of world culture is very rare, once in a hundred years. Meanwhile, its author has a patent of the Russian Federation and Mandjos Mosaic – officially recognized in 2012. According to international art experts, Mandjos Mosaic art is a national treasure of Russia, worth museum collections. ‘The city on the Neva, mosaic trip to St. Petersburg’. Made in honor of the 300th anniversary of north capital in 2003. World Record – Used 18,421 elements, each of which burned as a separate piece of jewelry

From the article of Andrey Mandjos “Mosaic of the 21st century” – “Antique wizards, in order the images of gods and muses to remain for centuries, executed them from colored stones, and later used specially brewed opaque glass – smalt. These “pictures”, preserved through the centuries in their original form, were mosaic.
Lomonosov’s genius, has absolute “hearing” on the color and paint, as Mozart to the sounds of music from all kinds of fine arts, conjugated mosaic with such infinitely difficult process of its creation.

Arguing the choice of mosaic, its durability, strength and pure bright colors, he spoke as follows: “… the paint does not retain its clarity and goodness as long as we want, but in the short time changes, darkens, and, finally, a great part of the beauty disappears …” However, matters the clarity, purity and firmness.. for the beauty … “.

Studying at University, he took deeply vital and creative principles, which greatly influenced his artistic views in the future. In the 80s and early 90s, he studied ancient mosaics, revived Lomonosov mosaic, and modern mosaics. In particular, he thoroughly prepared materials and tools, created a series of sketches for future paintings. However, watching mosaic of Orthodox churches and the endless mosaic of the Moscow metro, he realized that it was not his way. So, in 1993, setting aside the mosaic, he became interested in jewelry technique of hot enamel or enamel, trying to repeat the work of ancient masters. The art of cloisonne enamel, vivid examples of which – medallions depicting saints in the crowns of the Byzantine emperors.

And the result of several years became thousands of experiments, hundreds of sketches and dozens of works. Once, in the Central House of Artists, he attended the festival of enamel art and was struck by the fact that saw only a few works of contemporary enamel masters.
In fact, all the works of artists today are far from rigorous traditional techniques of ancient avant-garde expression, Basically, only simplified color spots or partitions using large pieces that do not require any artistic meticulous compliance. It turns out that Mandjos is one of the few, like the Chinese, trying to do something laborious. Thus, in the mid-90s of XX-th century, Mandjos began to experiment with new techniques. 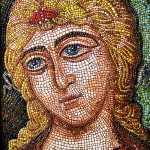 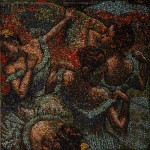 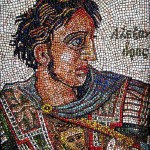 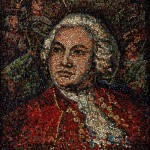 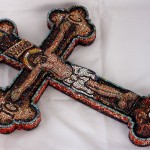 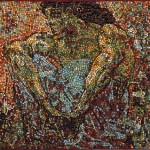 Demon, on painting by Vrubel 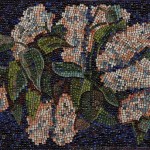 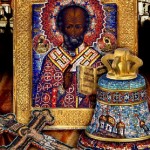 Church bell – first in the world 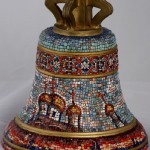 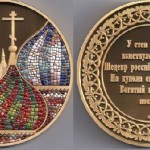 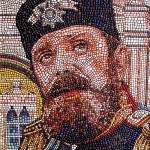 Nikita Mikhalkov in the role of Russian tsar 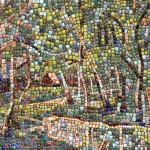 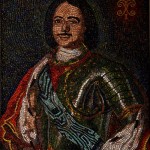 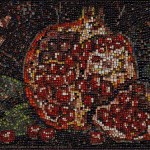 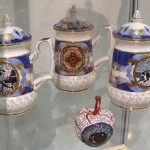 porcelain dishes with a mosaic 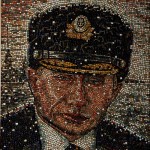 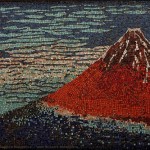 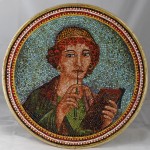 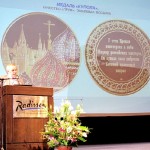 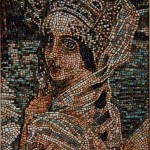 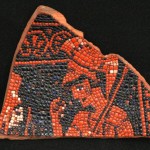 temptation of the hero 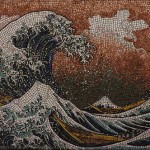 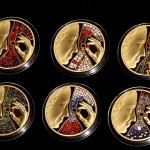 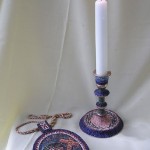