Private Moon installation by Leonid Tishkov
In our childhood many of us dreamed to reach out and touch the moon. And many of us watched movies in which the hero gives or promises to give a star to his beloved. Besides, many of us believe in magic and make a wish at a falling star. What would be your reaction if you were given the opportunity to get the real moon from the sky and touch it? Meanwhile, Russian artist Leonid Tishkov can make your dream come true. His project “Private Moon” is an installation inspired by the most romantic thoughts and fantasies. Thus, Private Moon tells the story of a man who met the Moon and stayed with it for the rest of his life. In a series of intimate photographs, the Moon helps the artist to overcome loneliness in the universe. Interestingly, Tishkov and his illuminated moon have traveled the world for more than ten years, from Austria to Arctic. However, no one knows where it will be the next time, on the roof of Parisian house, or with you under a blanket. Leonid Tishkov with his Private moon in Kazan. June 2014

Noteworthy, Tishkov also worked in the field of book illustrations (the end of the 1980s). The publishing house “Art” published books with his illustrations – “War with the Newts” by Karel Capek, “The Twelve Chairs” and “The Golden Calf” by Ilf and Petrov, and “Hunting of the Snark” by Lewis Carroll.

Besides, in 2007, the publishing house «Livebook / Gayatri”, published a book, written and illustrated by Leonid Tishkov, – “How to become a genius artist without a single drop of talent.” In 2004-2008 the same publishing house published a collection of early cartoons “Black humor for the white and colored”, short stories in pictures “Divers” in three volumes, “Dabloids.”

According to the artist, his project “Private Moon” has found a huge response in the state of Taiwan. In the Chinese tradition the Moon means a lot, it is more than a celestial body, it is an inexhaustible subject for inspiration. And just opened at the Art Museum Kaohsiung Exhibition “Traveling private moon Formosa” is a huge success. Tishkov said, “Three years ago my moon installation in Austria had a lot of visitors. Within six months, The Private Moon visited more than forty places”. 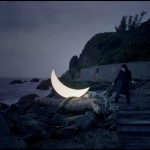 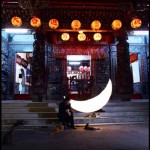 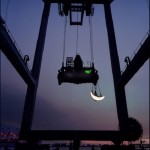 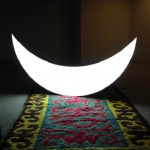 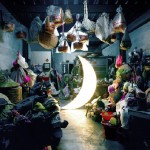 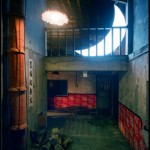 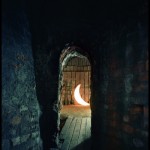 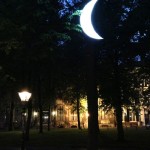 The Voorhout alley, the Hague. The exhibition “Russia XXI”. May, 2013 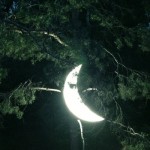 In a pine tree in the park of Panfilov at the exhibition ‘Light Up’. Almaty, Kazakhstan 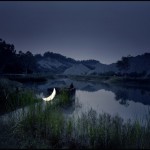 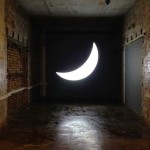 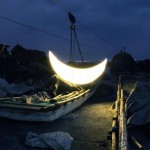 Seeing the Private Moon off. Sizihwan 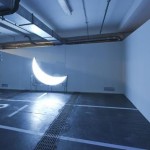 Stars in shoe boxes, Private Moon in a bed. Exhibition at the Moscow Planetarium, April, 2013 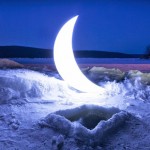 Travel of Private moon in the Urals. 2015 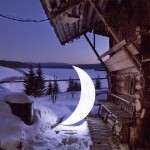 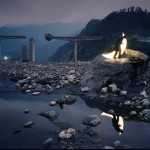 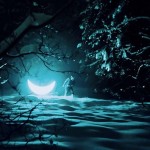 In the winter forest 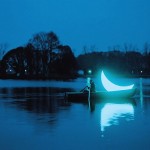