Australian photographer and food artist Carl Warner, who lives and works in London, makes an impression on others as a man not of this world. And really, what would you think about a man who, being in the supermarket, picks up and carefully examines vegetables, bread, sausages? The photographer is a master of the genre known as Foodscape, ie landscapes of food. In his paintings, the mountains are made of bread, trees – a broccoli, waves – cabbage leaves, and the role of stones take baked potatoes. These wonderful pictures are made of food: bread, meat, chocolate, garlic, potatoes, asparagus. Carl Warner has had over 25 years of experience in advertising photography and became interested in the genre Foodcapes about 10 years ago. Through these works Carl Warner has been now known throughout the world. Advertisers are dreaming to get his pictures to make the packaging of their products and their advertising. Usually the artist’s work is in several stages. First, he comes up with the plot, then draws it on paper, picks up the necessary products and using pins and glue creates from them – tree, bridge, house, locomotive, even the waves of the sea – what he needs at the moment. Then he photographs objects and background, and then creates a single photograph through a computer program.

Carl is confident that his works are invaluable, nutritionist, whose main task – to interest patients to coax it to eat those foods, finally, they are needed to excite appetite. Well, for those whose appetite is all right, it’s just nice to look at the pictures created by the talented artist. 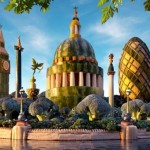 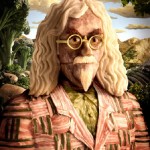 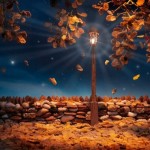 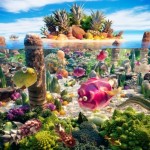 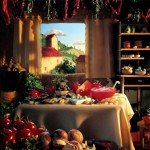 Still life in the interior. Food art by Carl Warner 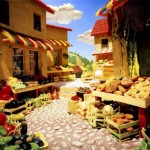 A street with fruit stalls. Food art by Carl Warner 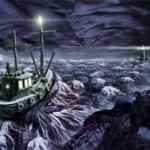 A boat in the sea. Food art by Carl Warner 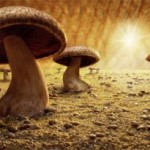 Mushrooms in the landscape. Food art by Carl Warner 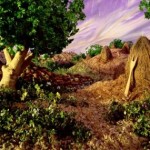 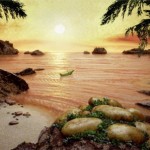 Sunset at the sea. Food art by Carl Warner 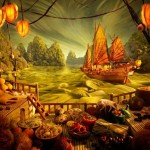 Made of food landscape by photoartist Carl Warner 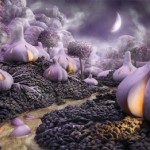 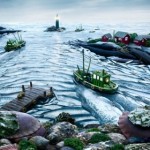 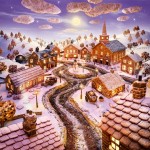 Winter in the city. Food art by photoartist Carl Warner 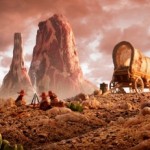 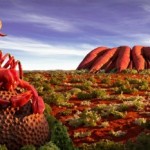 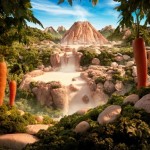 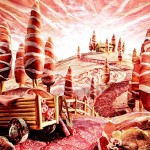 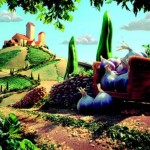 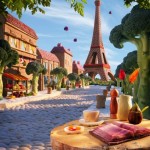 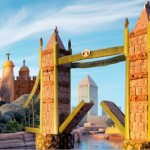