Yellow color meaning
First of all, this warm color of sunshine has conflicting symbolism. On the one hand, it denotes happiness and joy. However, on the other hand, yellow is the color of cowardice and deceit.
Traditionally, taxis in New York and some other places, school buses in Canada, the U.S. and in the UK – painted yellow. Besides, yellow are mailboxes in the Ukraine, Lithuania, Germany and France. For a long time in the Netherlands, yellow was the color of public transport – buses, trams and passenger trains. American ciliated viper comes in different shades, but this gold, is found only in Costa Rica. Yellow color meaning

As women waited for their men to return from war, they wore yellow ribbons, as a sign of hope for years. And today, women still use to welcome home loved ones with yellow ribbons. Its use for hazard signs creates an association between yellow and danger, although not quite as dangerous as red.

Found both in natural and in the human world, yellow attracts attention. Found everywhere – from bumblebees to school buses, traffic lights and markers. And for footballers – a yellow card as a warning.

The color of mourning in Egypt and actors of the Middle Ages, people wore yellow to signify the dead. Yet yellow has also represented courage (Japan), merchants (India), and peace.

Interestingly, Yellow-belly is an American expression which means a coward. The term comes from the 19th century and the exact origin is unknown, but it may refer to the color of sickness, which means a person lacks of strength and stamina.

In the west, yellow is not a well-loved color; in a 2000 survey, only six percent of respondents in Europe and America named it as their favorite color. compared with 45 percent for blue, 15 percent for green, 12 percent for red, and 10 percent for black. For seven percent of respondents, it was their least favorite color. Yellow is the color of ambivalence and contradiction, the color associated with optimism and amusement but also with betrayal and duplicity. But in China and other parts of Asia, yellow is a color of virtue and nobility.

In fact, Yellow has strong historical and cultural associations in China, where it is the color of happiness, glory, and wisdom. Meanwhile, in China, there are five directions of the compass; north, south, east, west, and the middle, each with a symbolic color. Yellow signifies the middle. China is called the Middle Kingdom; the palace of the Emperor was considered to be in the exact center of the world.

Mostly associated with optimism and pleasure, it is a color designed to attract attention, and for amusement. However, Yellow dresses in fashion are rare, but always associated with gaiety and celebration.

In the religions of the islands of Polynesia, yellow is a sacred color, the color of the divine essence; the word “yellow” in the local languages is the same as the name of the curcuma longa plant, which is considered the food of the gods.

Monks of the forest tradition in Thailand and other parts of Southeast Asia wear robes of a brownish ochre, dyed from the wood of the jackfruit tree.
Yellow is the most visible color, and is particularly attractive to birds and insects. it is believed that the vision of birds is particularly sensitive to certain colors, such as yellow. Yellow pan traps are used to capture insects, many of which are attracted to shades of yellow.

In The Roman Catholic church, yellow symbolizes gold, and the golden key to the Kingdom of Heaven, which Christ gave to Saint Peter. The flag of the Vatican City and the colors of the pope are yellow and white, symbolizing the gold key and the silver key. White and yellow together can also symbolize easter, rebirth and Resurrection. Golden haloes mark the saints in religious paintings. Yellow also has a negative meaning, symbolizing betrayal; Judas Iscariot is usually portrayed wearing a pale yellow toga, and without a halo.

In Hinduism, the divinity Krishna is commonly portrayed dressed in yellow. Yellow and saffron are also the colors worn by sadhu, or wandering holy men in India.

Autumn leaves, yellow flowers, bananas, oranges and other yellow fruit all contain carotenoids, yellow and red organic pigments that are found in the chloroplasts and chromoplasts of plants and some other photosynthetic organisms like algae, some bacteria, and some fungi. They serve two key roles in plants and algae: they absorb light energy for use in photosynthesis, and they protect the green chlorophyll from photodamage.

Three of the five most populous countries in the world (China, India, and Brazil) have yellow or gold in their flag, representing about half of the world’s population. While many flags use yellow, their symbolism varies widely, from civic virtue to golden treasure, golden fields, the desert, royalty, the keys to Heaven and the leadership of the Communist Party.

The yellow color of the Flag of Vatican City represents the golden key of the Kingdom of heaven, described in the Book of Matthew of the New Testament, and part of the Papal seal on the flag.

Flag of Brazil – Yellow and green were colors of the Emperors of the House of Braganza who ruled Brazil from 1822 until 1889.

The yellow in the Spanish flag comes from the traditional Crown of Castille and the Crown of Aragon. The general design was adopted in 1785 for the Spanish Navy, to be visible from a great distance at sea.

Flag of Colombia. The asymmetric design of the flag is based on the old Flag of Gran Colombia. The yellow color represents the golden treasure taken from Colombia over the centuries.

Flag of Germany. Black, red and yellow were the colors of the Holy Roman Emperor, and, in 1919, of the German Weimar Republic. The modern German flag was adopted in 1949. 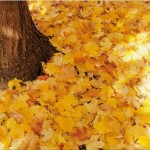 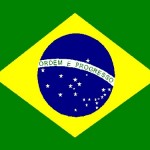 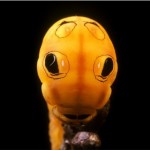 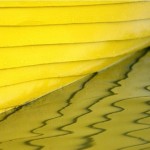 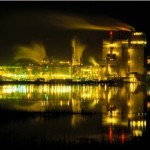 Light strands of steam and night glow near the paper mill in Georgia. Here are the famous wetlands, sung by the poet Sidney Lanier in the ‘The Marshes of Glynn’ 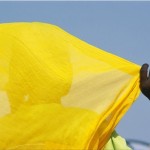 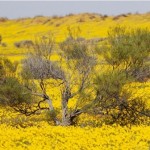 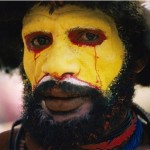 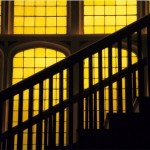 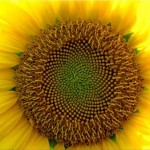 Sunflower – the most famous and vibrant symbol of the sun 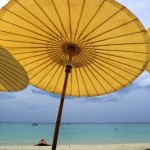 Umbrellas brighten the beach line and the sea in Phuket, Thailand 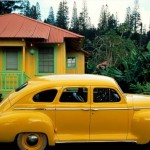 Vintage Plymouth emphasizes the house in the town in Hawaii 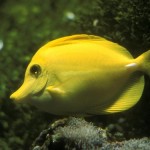 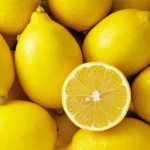 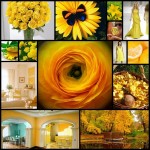 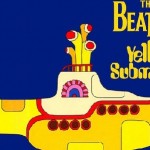 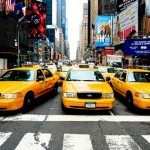 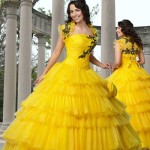 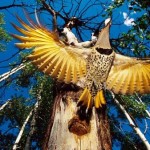